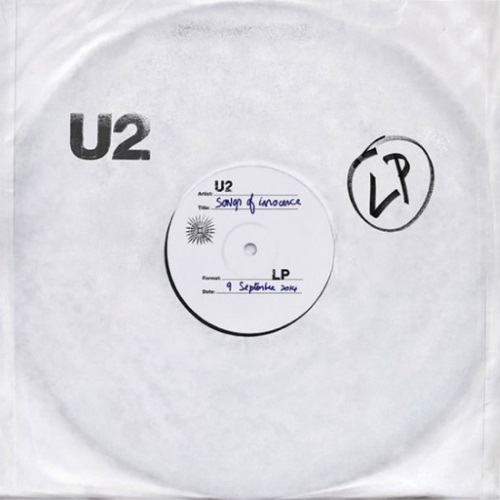 The minute we heard that Apple gave away free music to every iTunes account in the world we were shocked, to say the least. Our first thought was the cost and how much they had to pay U2 for a HALF BILLION downloads of their album Songs of Innocence. Our second thought was about how those HALF BILLION iTunes users were going to feel about Apple just dropping free music into their private accounts.

Well, now we know the answer to both of those questions. Apple paid U2 approximately $100 million to give the album away. As far as how users feel about it, there were so many complaints that Apple had to launch a special removal tool so unhappy customers could delete the album out of their iTunes.

If you are one of those unhappy people who feels Apple is being very “Big Brother-ish”, or maybe you are just not a fan of U2, it’s pretty easy to get the album out of your account. There is something Apple would like you to know first.  Once it’s removed, it’s gone. You will have to pay for it if you want it back.

They have set up a special link for the removal tool and that is where you will see this: “Once the album has been removed from your account, it will no longer be available for you to redownload as a previous purchase. If you later decide you want the album, you will need to get it again. The album is free to everyone until October 13, 2014, and will be available for purchase after that date.” 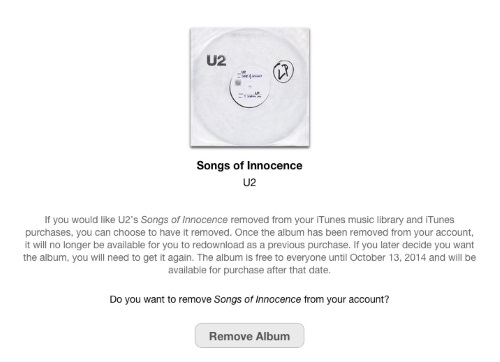 It was 10 years ago that U2 did a commercial spot for the iPod and this free download was to commemorate that time in history. Also, from what we understand, U2 plays to work with Apple over the next couple of years to change the way we listen to music. We will patiently wait to see what comes up next from this team of big business and a few musicians.