Posted in Amazon by Darrin Olson on June 4th, 2014 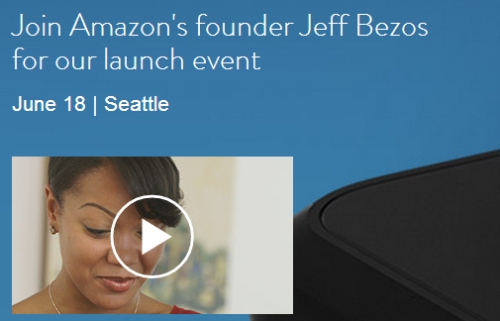 Today Amazon posted a notice on Twitter for a mysterious launch event in Seattle later this month, but was vague about what exactly is being launched. The notice did include a link to a YouTube video showing what appears to be people using some sort of handheld device, but a device was never really shown.

Rumors have previously circulated about Amazon working on a technology that will track a person’s retinas, allow a picture to move along with the angle of someones eyes providing a 3D-looking image without any type of 3D glasses. The movements people are making in the video seem consistent with something like this but it’s tough to say for sure. Take a look at the video below and come up with your own conclusion: