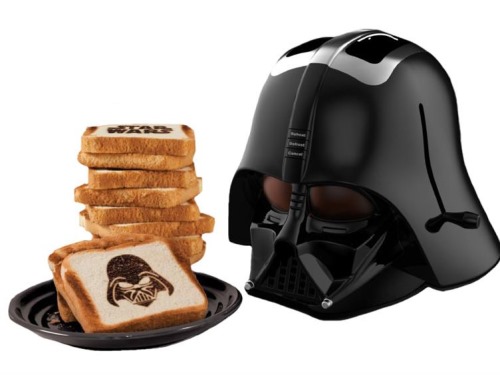 In 2008, we did an article about a Darth Vader toaster that was considered a must have for Star Wars junkies. Well, the toaster just got an upgrade.  The new version is shaped just like the Dark Lord’s helmet and is the ultimate addition to your kitchen counter.  The toaster burns the Star Wars logo on one side and the image of Darth Vader on the other.

This new toaster is coming out in July and can be pre-ordered from Bigbadtoystore.com to have proudly displayed on your kitchen counter for a mere $44.99.

Summary
Aggregate Rating
no rating based on 0 votes