Posted in HotSpot by Darrin Olson on November 23rd, 2013 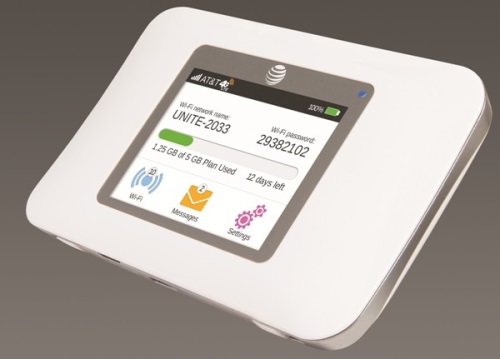 AT&T announced on Tuesday the release of the Unite Pro LTE hotspot from Netgear. This mobile WiFi device, scheduled to be released on November 22nd, features a 2.4 inch touchscreen display and has some upgrades from its Unite predecessor. The Pro will manage up to 15 simultaneous wireless connections with a 16 hour batter life, upping it from 10 devices and 10 hours in the previous model.