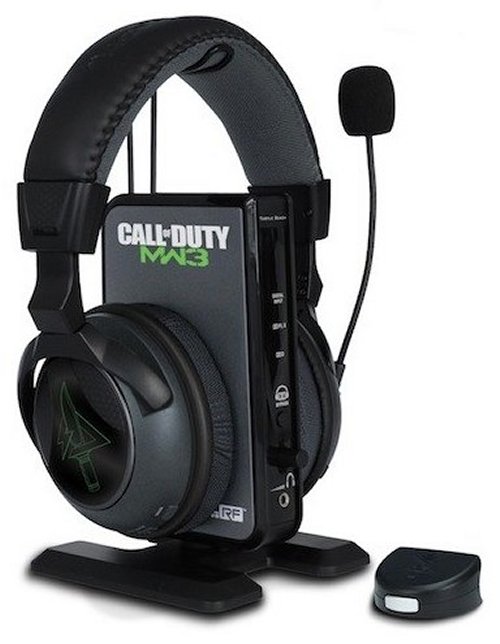 The headset above is one of four limited edition offerings from Turtle Beach and Activision. The headsets all have the same design style, but offer different specialties. There is the $300 Ear Force Delta which is based on the XP500 programmable virtual 7.1 headset and comes with a custom travel-case and MW3 sound presets.

Then there is the $150 Ear Force Bravo, which is a version of the PX3. It has the same presets as the Delta in wireless stereo. Next is the $130 Ear Force Charlie with discrete 5.1 and eight drivers. Lastly is the $100 Ear Force Foxtrot; a PX21 universal stereo headset. So you have your choice soldiers.