Posted in iPad accessories by Reuben Drake on July 11th, 2011 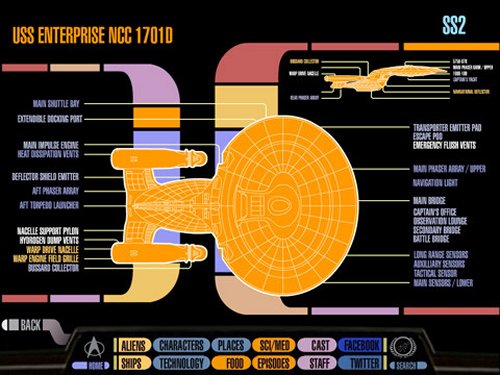 It’s a good day for Star Trek fans. CBS has released an official PADD app for the iPad for $5 in the App Store. The app recreates the LCARS interface from TNG-era Trek and is a database for the Trek universe with characters, ships, species, and TV episodes.

It even has sound effects and diagnostic demos from the NCC1701-D Enterprise. In time they should release more content for it.