Posted in Sprint by Conner Flynn on July 5th, 2011 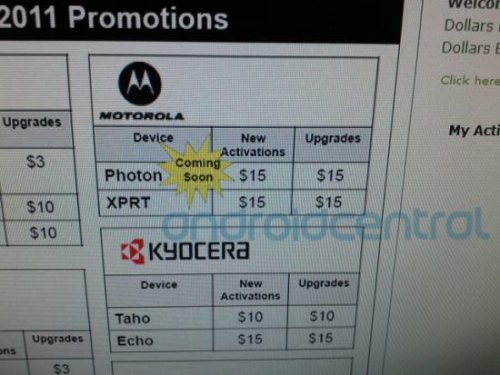 When the Photon 4G was announced, Sprint said its first 4G Android device from Motorola would be coming “this summer.” Pretty unspecific. But now it looks like it’s been bumped up to “coming soon.” Still pretty unspecific, but better than nothing we guess.

Some specs of the Photon 4G from Motorola include a 4.3″ qHD display, a dual-core Tegra 2 processor, 1GB RAM, a GSM-capable radio and Android 2.3 Gingerbread. We’ll let you know more when we know.