Posted in Google by Reuben Drake on July 5th, 2011 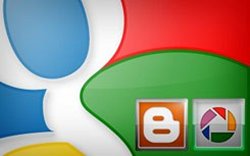 Looks like Google is taking this social networking thing seriously. The company is reportedly trying to put all of its products under one brand. According to Mashable, Picasa and Blogger may become something like ‘Google Photos’ and ‘Google Blogs.’

Blogger will get a UI overhaul, but otherwise, both services should function exactly the same as they do now. The move may take place within the next six weeks and unify Google’s offerings. Youtube is safe however.