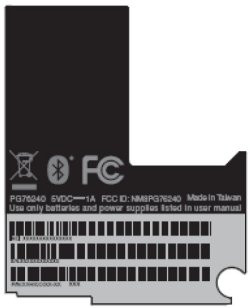 The FCC’s database has yielded a mysterious HTC smartphone going by the PG76240 model name, with support for T-Mobile’s HSPA+ frequencies, which means that another HTC model might hit the carrier soon. There aren’t many details to go on, but it look like it will be the HTC Marvel.

The Marvel is just an HTC Wildfire S with support for T-Mobile’s network, and both devices share similar model numbers – PG76240 and PG76100. It’s just guesswork for now, but we should have confirmation soon.