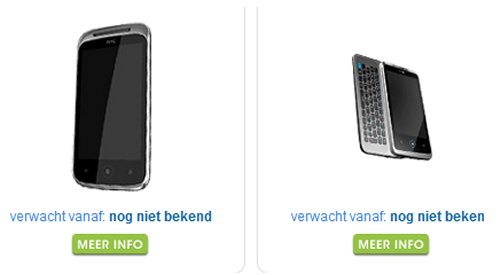 The other is the HTC Prime, a slider with a 5 megapixel camera. With Phone House listing the handsets, we are taking it as pretty much confirmed that the handsets are on the way, and coming soon.