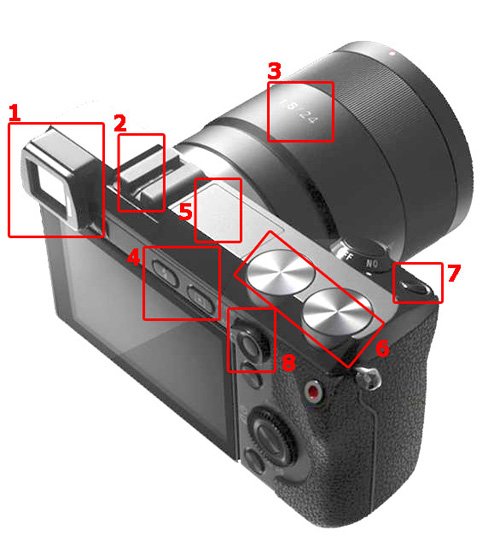 Looks like the Sony NEX-7 digital SLR rumors are true. It will mimic the look of an older Konica-Minolta Dimage A2. We know this because a new digital image of the upcoming Sony shooter has been leaked. The image is said to be of a pre-production unit, so some changes will likely happen. A rangefinder similar to that of the Fujifilm X100 can be seen on the image as well.

The camera is expected to get a 24-megapixel sensor from the A77 and a three million-pixel OLED EVF that’s not a hybrid viewfinder. There’s also a Carl Zeiss 24mm f1.8 prototype lens has been seen attached to the DSLR in the image, a hot shoe, and flash and image preview buttons, the pop-up flash, manual aperture and shutter speed controls. All the stuff you would expect on this baby.