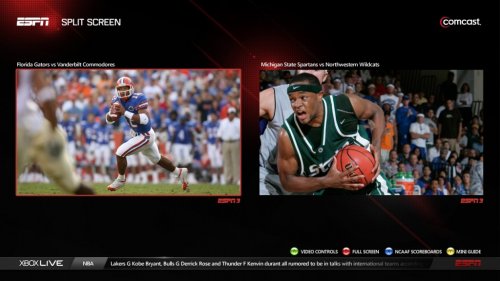 Sports fans will now have a special treat on the Xbox. Microsoft has confirmed plans to launch an updated version of the ESPN service on Xbox Live on Aug. 25. One of the most interesting new features is a split-screen view for watching two games at once.

The pdate coincides with the college football season. Other new features include a mini guide at the bottom of the screen, and the ESPN “BottomLine” news and score ticker that we all know and love. ESPN on Xbox 360 is free to Xbox Live Gold members who connect through participating broadband providers.