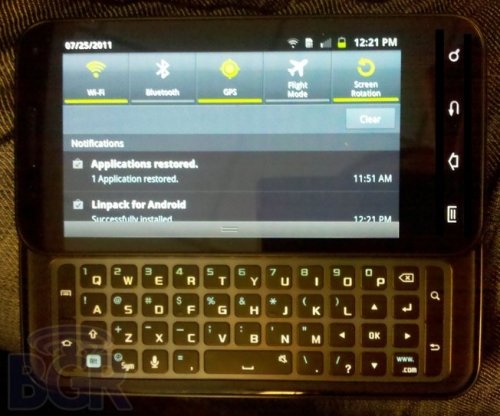 The folks over at BGR have obtained exclusive images of AT&T’s upcoming Samsung Galaxy S II smartphone, headed to AT&T. It sports the Galaxy S II model number, SGH-I927 and a slender build in spite of adding on a full sliding QWERTY keyboard.

The Galaxy S II is already the fastest-selling Samsung smartphone ever and it has yet to launch on any carrier in the U.S. Though U.S. carrier versions of the smartphone are expected to arrive in August, release and pricing for the AT&T version here is unknown. We also don’t know if it will launch with the Galaxy S II moniker or with AT&T’s own branding.