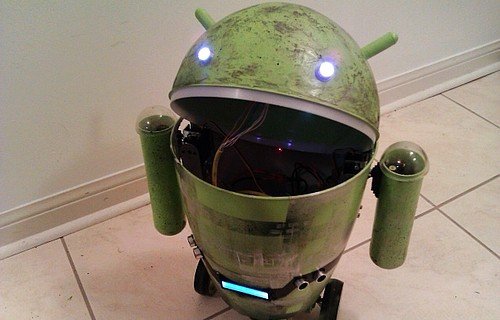 We aren’t sure what it is about the Android robot, but he’s just so adorable. Even as a trash can. You could probably build your own if you have a spare trash can. This one was made by a Taiwanese guy who loves Android.

It has LED eyes, movable “arms” and “legs” and you can control it with a remote, and rotate the joystick to spin it 360 degrees. Hopefully we won’t see an army of these on our streets anytime soon.