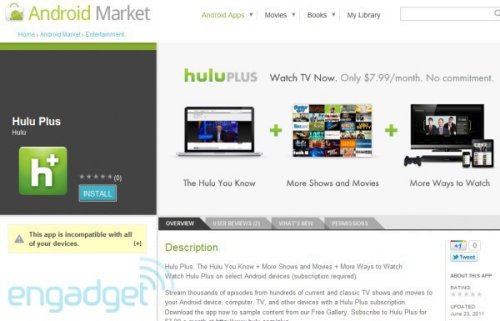 Great news. Hulu Plus for Android is available, however you may not be able to install it yet. The Hulu Blog states that six phones: the Nexus One, Nexus S, HTC Inspire 4G, Motorola Droid II, Motorola Droid X, and the Motorola Atrix are compatible, with “additional device announcements” coming later in the year.

If you look at the list, many flagship phones are missing, but we have high hopes that they will have it running for everyone in no time. Hopefully that is the case.